Three Ethiopian runners based in New York City joined a top local runner as the overall winners of the 28th Gorham Savings Bank Maine Marathon and Half Marathon, on a day when both course records for the half marathon were broken.

Last-minute entry Kemal Birhanu, 33, got the day off to a rousing start by lowering the half marathon record to 1 hour, 5 minutes and 59 seconds — 34 seconds faster than the mark set a year earlier by Stephen Njoroge of Mexico. Less 10 minutes later, fellow Ethiopian Hirut Guangul shaved almost a full minute off the women’s record, as she finished in 1:15:32. The previous standard was 1:16:23 by Cynthia Jerob in 2012.

The women’s division was won by Erica Jesseman, 30, of Scarborough, who snuck under the 3-hour mark with a time of 2:59:33. Defending champion Christine Hein, 44, of North Yarmouth was second this time in 3:02:04, but again earned extra prize money as the first master finisher.

The marathon relay, meanwhile, had a record 181 teams. While most of the relay teams had four runners, first-place overall went to a two-person female masters team — Sheri Piers of Falmouth and Kristin Barry of Scarborough. Their team — Thing 1 and Thing 2 — finished in 2:47:23, nearly 14 minutes ahead of the top men’s team, SE Tech Yes (3:01:16).

Thank you to our sponsors—we couldn’t do it without you! 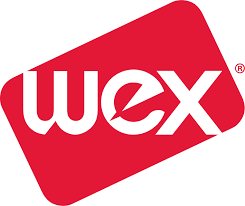